Studs Terkel talks with Erich Lüth on his first hand experiences living in Hamburg through the rise and fall of Hitler ; part 1

Erich Lüth discusses his experiences, observations, and accounts of life in Hamburg, Germany during the rise and fall of Hitler. He recounts how as a member of Parliament he brought in Hitler's, "Mein Kampf" and read portions aloud and was laughed at by his colleagues. He states they were blind to what Hitler declared in his book he would do and some are still blind by wanting to rub out their past, their history. Luth declares that his compatriots must acknowledge their past, one's own history to defeats and the darkest past and see the whole truth which consists of both good and bad to strengthen the good and fight the bad. Luth makes a point of stating that Hitler first killed the German Democrats, Pacifists, Catholics, Protestants, Intellectuals, Poets, Ministers and Students as well as German Jews and European Jews in concentration camps. Luth states that in actuality the lost generation was his own not the Hitler youth. They came to see Hitler for what he was by his realities and came to protest him. Christian Geisler [spelling uncertain] interviewed fathers, priests, ministers, professors, and asked them how could the Holocaust happen in his book "The Questioning". These desires of coming to the truth ended with the new generation of post World War II babies, with no war experience, declaring "The Third Reich" was not our affair. Luth however believes that the youth inherit the history of a nation, the crimes of his (Luth's) generation.

Paul Cowan discusses his book "An Orphan in History"

Discussing the visit to the American hostages in Iran with Rev. Gregory Dell

Discussing the book "Unreliable Sources: A Guide To Detecting Bias in the News Media"with the author, journalist Norman Solomon 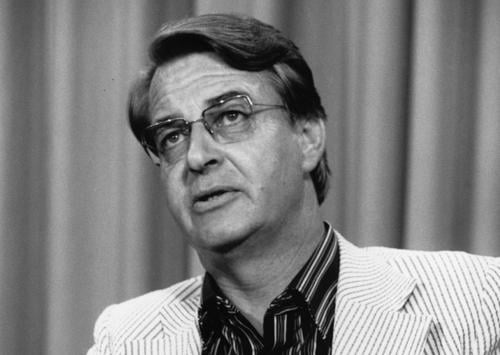