Studs Terkel concludes his interview with Erich Lüth going more in depth on the aftermath of the war on Germany's youth ; part 4

Erich Lüth's discussion with Studs Terkel is similar to part 3 but Luth offers a more in-depth conversation on the role of teachers in schools and how the time of Hitler is taught. There were those teachers that joined the party to continue their love of teaching and those teachers that were brought into the Nazi Party to follow their convictions. This lack of courage to resist influences pupils today because teachers are not saying they were cowards. The relationship is altered out of shame, and embarrassment. Luth emphasizes the importance of pausing the horrific truth to allow normal human beings to process the information so that when the explanation of sentence is reached human minds are capable to receive and digest it. Such was the experience with the Adolf Eichmann trial. Luth emphasizes the importance of "The Diary of Anne Frank" and how a visit to the Bergen Belsen Concentration Camp during the Week of Brotherhood influenced German youth. In visiting the mass burial pyramid of Anne Frank, the youth saw all the other pyramids and realized they are a part of our history and must also be honored. In talking with Terkel, Luth realizes that this event was ten years ago and a new generation of youth who didn't see Hitler's eyes and have seen nothing of the horrors must learn their history but want no part of it. He believes there are three generations in Germany. The adults who may have quietly followed Hitler, their children and those born since the bomb. Luth also acknowledges the development of a new language with this youth movement. In discussing his visits to Israel, Luth sees Israeli youth as our neighbors and acknowledges that something new must emerge to reach the young who are cut off from the past. Luth once again discusses Otto Frank's fear that his daughter's message will be lost but Luth tells him that it is a step by step process and soon all libraries will carry a copy of "The Diary of Anne Frank". Luth reads from Lessing's "Nathan the Wise". 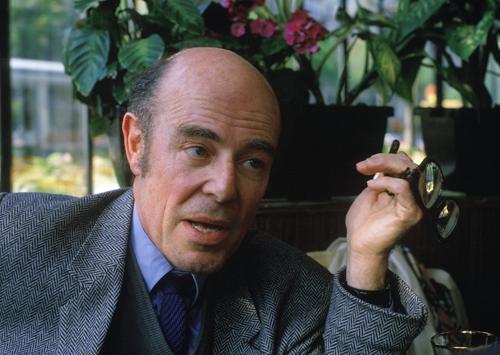 Discussing the book "What About the Russians - and Nuclear War?" with Roger C. Molander

Discussing the book "Previous Convictions: A Journey Through the 1950s" with the author, journalist Nora Sayre

Discussing Israel and the Palestine Liberation Organization (PLO) with Professor of Arabic literature and General in the Israeli Army Reserve, Matityahu Peled