Terkel delves into the life of Frank Norman, a London ex-con who turned his life around and became a novelist and playwright by writing on his experiences. He wrote "Bang to Rights" shortly after his prison release which brought him great fame. He followed that with "The Monkey Pulled it's Hair" that had a U.S. release under the name "Don't Darling Me Darling". Norman opened up to Terkel discussing his illegitimacy, his illiteracy till age 14, his institutionalization in an orphanage which he turned into the novel "Banana Boy". His imprisonment which finally resulted in his changing his life around and seeking bigger horizons which may have led to his writing. Joan Little turned his "Fings Ain't Wot They used T'Be" into a musical with Lionel Bart. Norman even authored a book on SOHO (London) with photos called "Soho Night and Day". Terkel and Norman discuss the British welfare state, the class system, youth and Norman's views on how London has changed. Norman discusses his contribution to a book on Vietnam called " Authors Take Sides" and how he felt powerless to do anything about the war. 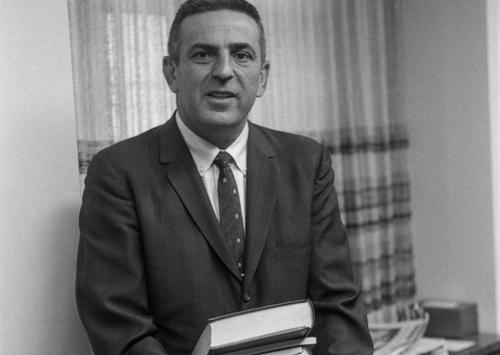 The very "U" girl talks with Studs Terkel ; part 1

David Scherman discusses “The Best of Life,” a book he edited