Discussing the book "The New Indians" and interviewing the author Stan Steiner.

Studs Terkel No longer a safe subject. Perhaps you heard this? Stan Steiner is saying the reviews have been so good because perhaps the reviewers feel it's a safe subject. Well, I guess with Indian power now being expressed no longer quite that safe. The question of respect for the old family life. This is also an aspect of Indian life, isn't it?

Stan Steiner It is very much part of Indian life to respect old traditions and old ways, and to change them when you have to, but not destroy them or get rid of them. But of course, the main push in modern education in the schools and the main push which Indians feel as soon as they get into a city like Chicago on all sides at their elbows is to change everything. So In- Indian kids are thrown into a great conflict on this. I think it's probably one of the things that rips their hearts apart more than anything else, because they go into school and they say something. If they say it in their own language, of course, they're immediately jumped on by the teacher, because you're not allowed to speak Indian languages in practically all schools where young Indians go. Or if they say something which is traditional that their grandfather or grandmother or mother or father told them, the teacher says, "Oh, that's nonsense", you know, "that's that's barbarian" or "that's foolish" or "that's outmoded" or "that's old fashioned". Th- then they go home and they don't know what to do about their mother and father and grandma and grandfather, because they respect them, on the other hand the teacher says they're foolish.

Studs Terkel Perhaps the last comment before I read something of Miss Indian-American, Wahleah Lujan. This matter of eloquence, of course, and poetry. Throughout, the book is dotted with quotations from Indian writings and songs, as well as the various appendices you have here -- to make it accepted in academic circles. You speak of the Cherokee. The the Cherokee group as being a very influential one. Has that always been the case that more or less is the vanguard tribe or group of tribes?

Stan Steiner Oh, I don't say that. The Cherokee say that. [Laughter]

Studs Terkel The Cherokee say that. There is no one. It, because it is is this movement, by the way, east as far as the New York State Indians as well as Washington State and southwest? The Indian movement?

Stan Steiner There are perhaps 200, if 250, Indian peoples in the United States in large and small groups. There probably were as many, if not more. These were never an Indian people. They were tribes of people with their own cultures. One thing which conquering these people has done for them is it has united them. It's like people from different villages in different provinces in France being united by people who conquered France and made a nation of it inadvertently. And you ask are they east and west? They are east and west and north and south and the leader -- well, one of the leaders of the Iroquois, Wallace Mad Bear Anderson, had a meeting in Washington with Indians from 18 nations -- not 18 tribes, but 18 nations. I mean Ecuador and Colombia and Brazil and Guatemala and so on. Because Indians, not only have united to a greater degree than they ever have in their history nationally, but they have united internationally. And this, of course, is something very new in Indian affairs. The anthropologists have all sorts of terms for it. I don't think you need any terms to describe it at all. It's what has defeated the Indian always in the past is that he's been a village and tribal man who didn't fight beyond his family or beyond his own woods or beyond his own niche of the desert. What the white man has done by partially destroying him has given the Indian a much larger vision, and the Indian has come back to reunite to a degree that he never could when he was fighting the white man in the first place. And there are African nationalist leaders like Nkrumah, who will describe the same process that took place in Africa. That, perhaps there is a a justice woven into history, inadvertently. Perhaps the conquerors do in the end conquer themselves.

Studs Terkel This perhaps this is the way to say goodbye to Stan Steiner. As you mentioned, Wallace Mad Bear Anderson renounced his American citizenship. He says, "Okay. Deport me. Where are you going to deport me?" [laughter] And just -- if I could just read this quote toward the end of this quite remarkable book and revealing one, "The New Indians," by Stan Steiner, published by Harper and Row. The quote of Miss Indian-American, Wahila[sic] -- Wahleah Lujan. She says, the end's, "If I were living in a dream world, what would I want? I'd want my people to be able to hold on to our beautiful way of life. I'd want my people to hold on to their ways somehow, and yet be able to be in the same shelf or level as the white man. I'd want my people to be able to compete with this white man and yet be able to come back to the pueblo to live our way. If I were living in a dream world, that is what I'd want, but why is it almost impossible?" And then she goes on, "And let us be walking images of our beautiful way of life. Hold fast to your lands, to your sacred ways, to your Indian way of life." And ends with a Sioux song on the eloquence of the Indians. The eloquence of the book, too, by Stan Steiner. Thank you very much indeed. 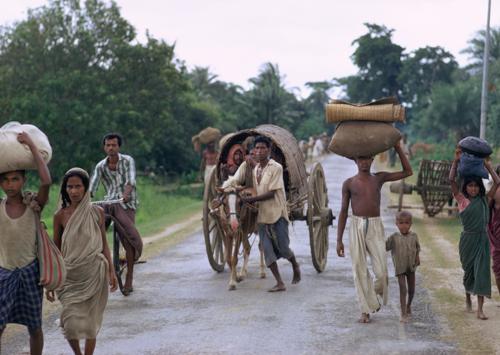 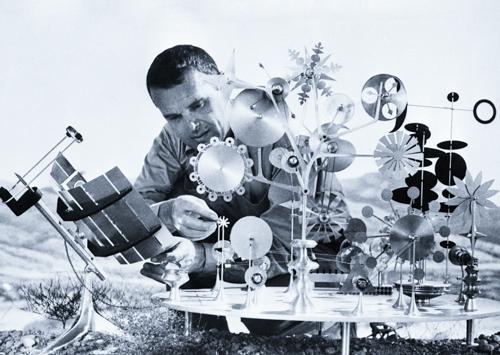 Charles Eames discusses his life of travel and his study of design and architecture, part 1