Academy Award winning documentarian Barbara Kopple talks with Studs about her documentary "American Dream" and the battle fought and lost by union workers in Austin, Minnesota during the mid-80s. They set the backdrop in the small, tight-knit community that Hormel Foods had such a profound impact on, how the UFCW international union declined to support the local union, the gripping dynamics between family members who crossed picket lines, and the healing that occurred when the film was screened in the town several years later. Studs plays excerpts of interviews with union organizers Jim Guyette and Lewie Anderson adding context and perspective.

Discussing the book "Who Speaks For God?: An Alternative to the Religious Right -- A New Politics of Compassion, Community and Civility" with the author, journalist and ethicist Jim Wallis

Discussing the book "Democracy in the Streets: From Port Huron to the Siege of Chicago" with Jim Miller Studs speaks with patrons at Mr. and Mrs' Lawrence's pub in the British Midlands near Stratford-upon-Avon

George Thayer discusses his book “The War Business: The International Trade in Armaments 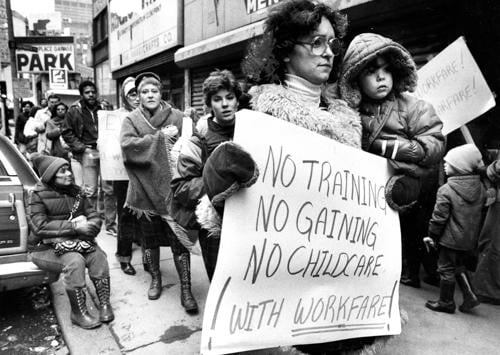