Syvia Woods, an American, and 1980 All Ireland Harp Competition winner sits down with Studs Terkel in a wonderful discussion on the history of the folk harp and plays a variety of selections. As a self taught folk harper, she has written a book "Teach Yourself to Play the Folk Harp" for the absolute beginner. She is known as a harper and not harpist because she doesn't play the orchestra harp. She also discusses her involvement musically in a documentary for PBS entitled "Chicago Secret Wilderness", produced by Mike Hirsh. The folk harp is also known as the celtic harp or Irish harp. It is much smaller than the orchestra harp at three feet. It has thirty two strings with no sharps or flats. The C string is colored red and the F blue to distinguish them. Turlough O'Carolan was a well known harper born in 1670 and died in 1738. Alan Stivell, Osian Ellis and Nansi Richards Jones, who recently passed away, are influential in this time. Woods has written a suite of her own entitled "The Brandiswhiere Suite" about a magical harper that can change winter to spring. The album will be out in November and also will have a book illustrated by Steve Duglas entitled "The Harp of Brandiswhiere: A Suite for Celtic Harp". It should be noted that many harps found in museums were discovered hidden in Irish soil because they were outlawed by the British government. There were also laws in Ireland that designated how many colors classes could wear. Peasants one, merchants six, Kings eight or nine and harpers seven or eight. Quite often, harpers, were advisors to Kings. 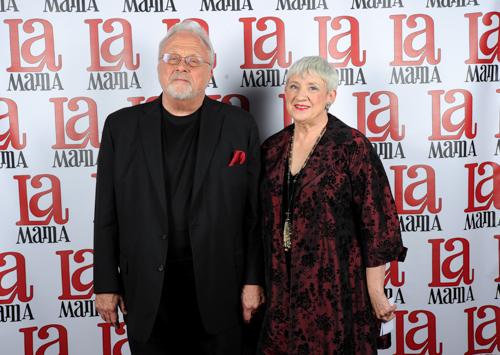 Discussing the benefits and drawbacks of being a street performer with three street musicians; Wally Friedrichs, Jim Craig and Barbara Silverman