A panel at University of Chicago Law School discuss ending capital punishment (tapes A and B) and with Dick Gregory (tape C). Includes presentations from Hans W. Mattick and Arthur Wineberg. (Part 1 of 3)

Host Good evening and welcome to the University of Chicago Maroons Forum and the abolition of capital punishment. I'd like to first thank our panelists, Mr. Mattick, Father Jones, Mr. Weinberg, Mr. Calloway, Mr. Morris from the Law School. Mr. Gregory is scheduled to speak, will be here this evening. He's going to be a few minutes late. I have a couple of announcements I'd like to make. He's been detained down south I understand. First I'd like to announce that there's a fund raising benefit sponsored by the Citizens Committee for Bill Witherspoon. Now Bill Witherspoon is a man who is on death row right now and a good deal of the present agitation to abolish capital punishment has been caused by Mr. Witherspoon. This benefit would be it Mother Blues at 1305 North Wells Street at 8:30 p.m. this Sunday. There will be entertainment provided by Mr. John Brown, [Ginny Clements?], Del Close, Gene Farmer, The Eastgate Singers, John [Granderson] and others. The admission will be a dollar fifty. I'd also like to announce that the petitions which are circulating through the audience if signed would be sent to Governor Kerner and they say that they are to influence him to do something for Mr. Witherspoon. These, if you have any further desire to help this committee they can be contacted care of the Citizens Committee for William Witherspoon care of Mr. Elmer Gertz, Suite 1351, 120 LaSalle Street Chicago three Illinois, and the two announcements I've just read will be in the "Maroon" tomorrow for those of you don't have your pens and pencils and this information can also be obtained by calling the "Maroon" office. Mr. Terkel, who was scheduled to moderate this evening can cannot be with us and in his place Mr. Callaway will be moderating. Mr. Callaway is Public Affairs and Editorial Director of WBBM CBS Radio in Chicago. He's written many magazine articles and broadcast many documentaries on radio on the issues of civil rights, criminal law, and penology. His rating has won 13 awards from CBS including the Best Documentary of 1963 award from the Associated Press for his one hour program on Vincent Ciucci, the Vincent Ciucci capital punishment case. Mr. Callaway is member of the Illinois Academy of Criminology. Mr. Callaway:

John Callaway Thank you [Matt?] [applause] I might add that we have a another reason for being here tonight not only the Witherspoon execution date of March 19th but the subject is very germane and so far as the Illinois state legislature has before it legislation which would abolish capital punishment in this state as it has had in several past sessions. And it is now in the process of being mangled with numerous amendments which are trying to qualify the bill in various ways and its fate is, I believe if I'm properly informed at this moment, far from being decided. We have a most distinguished panel tonight. I think when this evening is over that you will have an extremely excellent factual sociological, moral backgrounding on what capital punishment is about. If you haven't made up your mind on the issue I think that tonight despite the fact that I think most of our speakers favor the abolition of capital punishment that you'll be given an extremely wide factual horizon with which to consider the issue if you don't have your mind made up. Although I'm told that many of you do. Our first speaker this evening is Hans W. Mattick, whom I consider one of the outstanding sociologists and criminologists of this country. Mr. Mattick is the former assistant warden of Cook County Jail where he got an awful lot of experience in the reality of criminology in this world. He worked at Stateville as a, the Stateville prison as a sociologist actuary. He by the way is a Phi Beta Kappa graduate of the University of Chicago. He is presently the director of the Chicago Youth Development Project which is one of the largest action research projects in the field of juvenile delinquency in the United States. Mr. Hans W. Mattick.

John Callaway I think you'll agree that the systematic presentation of Mr. Mattick is not only worth thinking about but worth preserving and he has written such a presentation in a pamphlet called "The Unexamined Death," and copies of that I believe are available if you write to the John Howard Association of Chicago at 608 South Dearborn Street. I recommend it highly for your library. It's an excellent document. Our next speaker is Mr. Arthur Weinberg who was with Fairchild Publications, a graduate of Northwestern University although he tells me that he once lectured on Clarence Darrow at the University of Chicago's Downtown Center. Art Weinberg is the author of the biography of Clarence Darrow called "Attorney for the Damned" and with his wife Lila who is here tonight he has written "Instead of War," [sic] "The Muckrakers" and "Verdicts Out of Court." Mr. Weinberg has written at great length for years on crime, criminal justice in our society, and tonight he will give his views on the social implications of capital punishment. Arthur Weinberg. [applause] 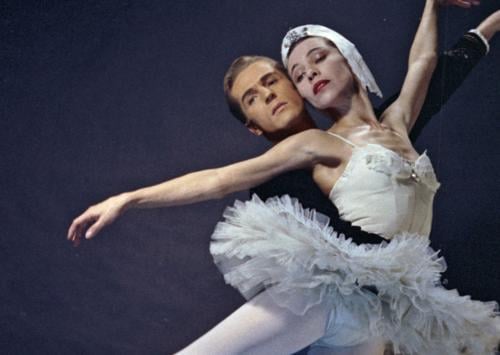