Part 1 of this program begins with Studs Terkel reading an excerpt from the book "Giants of Jazz" , which describes Dizzy Gillespie's early life. Gillespie discusses the following: the state of jazz; his fellow musicians; jazz contributors; jazz fundamentals; and his tours abroad. Gillespie's "Groovin' High" is played towards the end of this part of the program.

Studs Terkel That was written and offered some five years ago and it's been a long and certainly a fruitful five years for our guest this morning, the protagonist, the hero of this tale, Dizzy Gillespie is in the studio this morning. Dizzy, in listening to this. But first of all, just as the writer, how accurate, how off was I?

Dizzy Gillespie Oh, you were perfect. I tell you, I could just see, I could sit back and just reminisce about these different things. I don't know where you got all the stuff. You've been digging down into to quite a bit there. Some of the things that I didn't think anybody knew about.

Studs Terkel Dizzy, thinking about you now and beginnings and what's happened since that time this was written, you've been to Europe and you've been to North Africa too, Europe again and North Africa. I suppose the first question to ask is about the man who was so close to you in your pioneering, Parker himself. Curious if Charlie Parker were alive today, what would his reaction be, you think, to the trend of jazz today?

Dizzy Gillespie Well, he'd be right in the middle of it, I'm quite sure, because he was always, he was always in the forefront of composition, soloist, as a matter of fact, he's still on the scene because every saxophone player I hear now is so well-influenced by Charlie Parker, they just can't get away from him. The same thing happened to Charlie Christian, Charlie Christian was such a prime force in the development of the guitar. All of the guitar players, only one, was only one guitar player that didn't sound like Charlie Christian, that was Django Reinhardt. And I think Django Reinhardt was the only European who really contributed a definite individual style into jazz. He was one of my great friends, too.

Dizzy Gillespie I loved him.

Studs Terkel While you -- This was during one of your trips while you were there -- Well, here too, he came here, too, --

Studs Terkel Well, since you've mentioned European contributors, one of your trips abroad and I know there, the trouble with some of the papers back in those days, they would just hit what they would think are the colorful aspects and the non-important aspects.

Dizzy Gillespie Yes, yes. They go for the goatee and the beret.

Studs Terkel But what about what really happened as far as the audience in some of the countries, 'cause I notice you were in Greece at a time of a great crisis with the Cyprus.

Dizzy Gillespie Yes. We were coming from, I think we were from Karachi in west Pakistan, and we got a telegram from from the U.S.I.S. and who was, you know, ANTA was sponsoring us, but we were under the auspices of the State Department and the United States Information Agency and they sent us a telegram saying, "Look, it's pretty rough here in Athens," say that they threw rocks in the in the window of the United States Information Agency and broke up a lot of furniture and things, then they say, "I don't know if it would be proper for Dizzy to come now." So we sent them back a wire, saying, "Look, believe it or not, here we come!" Because we we we we we didn't have too much time, you know, we had but everything was set up, so we got into Athens and we played it packed, packed, absolutely packed. And then at the same time that we were there, the Russian Ballet was in town and we invited them to our performance and they invited us to theirs, and in the middle of our performance, we were playing "A Night in Tunisia," and I do something on there and you call it an arpeggio or something on the end, and in the middle of this arpeggio I sang [sings] and they couldn't think and they couldn't think that that wasn't really in the music, you know. But it was a spur of the moment thing, you know, and I said, well, I would make them feel at home, so I played [unintelligible]. And we had a good time. It was very nice. But but this afternoon that the same kids that were throwing rocks into the Information Agency we invited all of the you know, lower grades in school, and not -- And the college students, too. And those must have been the same students that were throwing rocks. So when the performance was over, I was a little tired and I had to dress and I stayed in the dressing room for about a half an hour. And I came out through the theater and as soon as I hit the sidewalk these Greek kids grabbed me up and had me up in the air. See? I thought they were going to dash me to the pavement or something because the anti-American feeling, but it was the best audience that I think that we had overseas. And so they were but I heard a couple of them say, "Bravo, bravo." I say, well that's not too bad. And the policeman had to get me down. They wouldn't even let me down.

Studs Terkel See, the moral here is a pretty obvious one, and a clear one too, that how music and the native music of America, jazz, can be --

Dizzy Gillespie You would be surprised, I mean, at the impact that the Amer-- You know, I was thinking of something else, you know, recently here I gave a concert at Carnegie Hall with some compositions of mine, and a whole, [full? four?] Gillespie compositions, and I used my quintet with augmented by four trumpets, four trombones, four French horns, bass tuba, and three Latin drummers, and my quintet, and it was quite an artistic success. But it wasn't financial success too much, but we didn't worry about that too much, because MGM and Verve Records, they sponsored me in it, and we didn't have to worry about it, 'course, I didn't make any money, but it was highly gratifying on account of the impact of that and I was thinking that instead of the government, if the government would send me overseas again now, I would like to to take my quintet and then take my music and augment it with the musicians in the country, in the country where you are, and instead of playing for them, you'd be playing with them. Yes, I sent, you know, Edward R. Murrow at the time I was on "Person to Person" and I became pretty closely speaking acquaintances. So I wrote him a letter and I suggested this, saying that they should send because being close to another musician, you know, is something where you are on a stage and they are looking up at you but it's another thing altogether when they're sitting down right beside you and playing with you.

Studs Terkel Do you feel there's been a development in your travels, in your observations, with the young European, there is some good jazz men there?

Dizzy Gillespie still imitating a little, you mean. All the creative, creativity in jazz comes from America except that one instance, I think, with Django Reinhardt. Yes. And --

Studs Terkel Do you think they'll find their own way, though, possibly as they go along? Their own, their own national, is that possible,

Dizzy Gillespie their own national influence in jazz, is that possible? Yes, yes, I think that would be possible. But but it will, it won't materialize into what we do because our jazz comes from from from a different source, you see. We come from the spirituals and the blues and things like that, and they don't have that, they don't have that.

Studs Terkel I suppose that's the --

Studs Terkel Basis. Well, since we're talking, Dizzy, about your music. We were wandering, I know this will be freely associated your thoughts, your own music, Dizzy, compositions and all, what of your early pieces? "Groovin' High" was yours, wasn't it?

Dizzy Gillespie Yes. Well, we had at that time when I wrote "Groovin' High," we had been doing things with standards and writing little melodies, you know, and changing the chords around a little bit, making it two or three more chords inside. And this is one of the things that was based on the chords of "Whispering," and everybody was doing "How High the Moon," they were doing "Ornithology," and "What Is This Thing Called Love" was "Hot House," and things like that, and we were just getting getting into that, we wanted to play the standards that had been written before, but we wanted to put new life into it. So we started writing these things, [something?] And a lot of the numbers are based on the chords of standard tunes.

Studs Terkel There's something you said, did you tell us the [unintelligible] something about the fact that rhythm is the more important thing. You were saying this should be the basis rather than --

Dizzy Gillespie Yes. Because after all, if if if you gonna, if you gonna, if you taking some water, and you gonna to make something out of the water and you put in a lot of ingredients, and all these other ingredients, but water has got to be the basic thing to work with. So I think that rhythm is a basic thing that you have to work with and when you lose sight on the rhythm, you've lost sight of the whole thing.

Studs Terkel He's an example of it, perhaps. 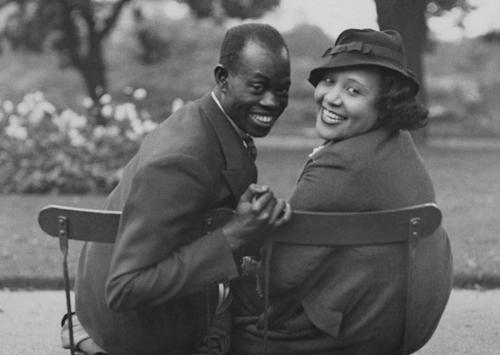 Discussing the history of the trumpet with trumpeter Ludwig Guttler

Presenting a performance by the musical group "The Otters," with member Stuart Rosenberg 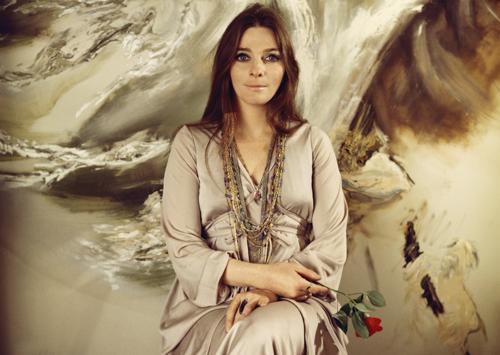