Donald Gramm discusses working with composers and comparing contemporary and classical opera. He also talks about his approaches to different performances and his experiences singing in multiple languages. Music is played throughout the interview and performances include his role as Creon from Stravinsky's "Oedipus Rex"and selections from Ned Rorem's "War Scenes": "As Adam", "O You Whom", "To You", "Look Down, Fair Moon", and "A Night Battle". Next, a performance as Leporello singing "Madamina, il catalogo è questo" from "Don Giovanni" and "Zwei Gesänge, Op. 1: I. Dank" performed with Glenn Gould on the piano. Finally, "Jazz-Boys", a composition by John Alden Carpenter, from work written by Langston Hughes. 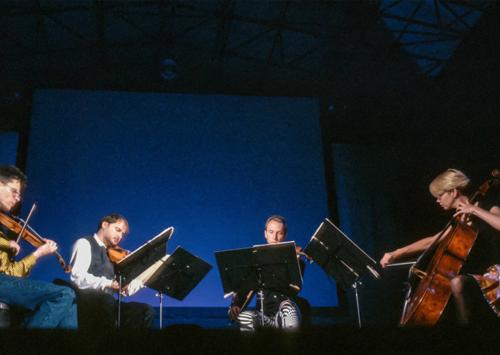 Studs comments and presents a musical performance of the Kronos Quartet